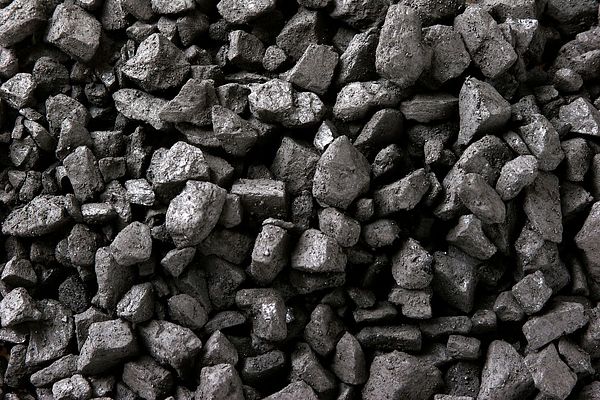 Since the beginning of the pandemic, China has faced several unexpected challenges. The trade spat with Australia, the continued South China Sea shipping congestion, and a shortage of coal supply are testing the country’s economic capabilities and problem-solving skills. China has stepped up its efforts to engage Russia, Mongolia, and other third parties to fill their coal shortage.

Exactly a year ago, in October 2020, Chinese state-owned companies were ordered to stop the import of Australian coal, widely viewed as retaliation for Australia’s more critical stance on China. The restrictions on Australian coal naturally pose a new opportunity for other parties in the region, particularly in East Asia and Northeast Asia, to fill China’s coal shortfall.

But apparently it wasn’t enough. In June 2021, Chinese factories began to report power outages and electricity shortages. The Lantou Group’s September 28 report showed the provinces with the most severe power consumption problems to include Xinjiang, Qinghai, Yunnan, Jiangsu, Fujian, Guangxi, and Guangdong, where China’s major manufacturing companies are located.

In September alone, major supplier companies were struggling under power constraints. Pegatron, a company that produces parts for and assembles iPhones for Apple, reported “limiting electricity supply” in their Kunshan City factory. Moreover, the Global Times reported that “A textile factory based in East China’s Jiangsu Province received a notice from local authorities about power cuts on September 21. It will not have power until October 7 or even later.” The following week, on September 27, the national broadcaster CCTV reported that Heilongjiang, China’s northernmost province, will experience an acute power shortage.

China’s central and local governments alike are now actively looking for solutions to the domestic energy shortage before the winter, particularly in its northeastern provinces, which will face freezing temperatures in the coming months.

Amid the energy shortages, Beijing is carefully considering transportation costs and tariffs as the price of coal continues to hike. According to the Global Times, China is currently seeking imports of coal from “Indonesia, Russia, and Mongolia. China’s Zhejiang province had brought in its first shipment of thermal coal from Kazakhstan.” From a supply point of view, Russia, Mongolia, and Indonesia are closer to China than Australia. Local governments based in Northeast China, such as Heilongjiang province, have already chosen to work with the Russians in the past by connecting a local power plant to power transmission from Amur, Russia.

Russia, a major energy exporter, is already playing an integral part for both Mongolia’s and China’s energy sectors. In the past year, Russia’s coal supply to China has grown steadily. In the first half of 2021, Russia exported 24.15 million tons of coal to China, up from just 16.2 million tons in first six months of 2020 – nearly a 50 percent increase.

The Mongolian Mining Corporation Interim Report of 2021 noted that as of August 2021, “China’s coking coal imports from Mongolia reached 8.3 Mt, representing a 13.7% year-on-year increase.” However, despite the boost China’s total imports of coking coal still fell by a whopping 41.5 percent year-on-year, due largely “to the sharp decline of supply from Australia.” In the first half of 2020, Australia had supplied 24.1 metric tons of coal to China; that’s almost three times what Mongolia was exporting to China in the same period of 2021, even after increasing its supply. Without supply from Australia, China’s coal imports through the first half of 2021 dropped by 22.3 metric tons

The Mongolian Mining Corporation noted that “supply from Mongolia was also disrupted in the second quarter of 2021 after Chinese authorities strengthened preventive measures due to increased COVID-19 cases in Mongolia.” In late August, Gashuunsukhait Border Station, a major transit hub for imports and exports was closed and no coal shipments were going through.

However, the two sides were able to hammer out a solution that seems to be working. On October 20, Mongolian news agency Montsame reported that, since the end of September, Mongolia’s coal exports had jumped 60 percent compared to the preceding three-week period.

On October 12, during an online meeting with Mongolian Prime Minister Oyun-Erdene Luvsannamsrai, Chinese Premier Li Keqiang stated that China “hopes to carry out diversified energy cooperation, and welcomes a larger volume of coal trading between the two countries to achieve win-win results… and ensure a smooth and secure energy supply chain.” Moreover, Mongolian Foreign Minister Battsetseg Batmunkh, told the press during her visit China in July 2021 that the two countries have agreed to boost economic activities, including but limited to expanding Mongolia’s coal exports to China.

Given Mongolia’s abundance of coal and China’s heavy manufacturing industry, Mongolian coal is more than a band-aid solution for China’s domestic energy shortage. As the global coal price continues to hike, steep transportation costs and tariffs are a major dealbreaker for the Chinese, further incentivizing sourcing coal closer to home. As for Mongolia, coal exports – and the mining industry at large – will continue to be the country’s primary source of investment and business. This is an opportunity that cannot be missed, especially considering Mongolia’s slow economic growth and prolonged problematic deal with Rio Tinto.