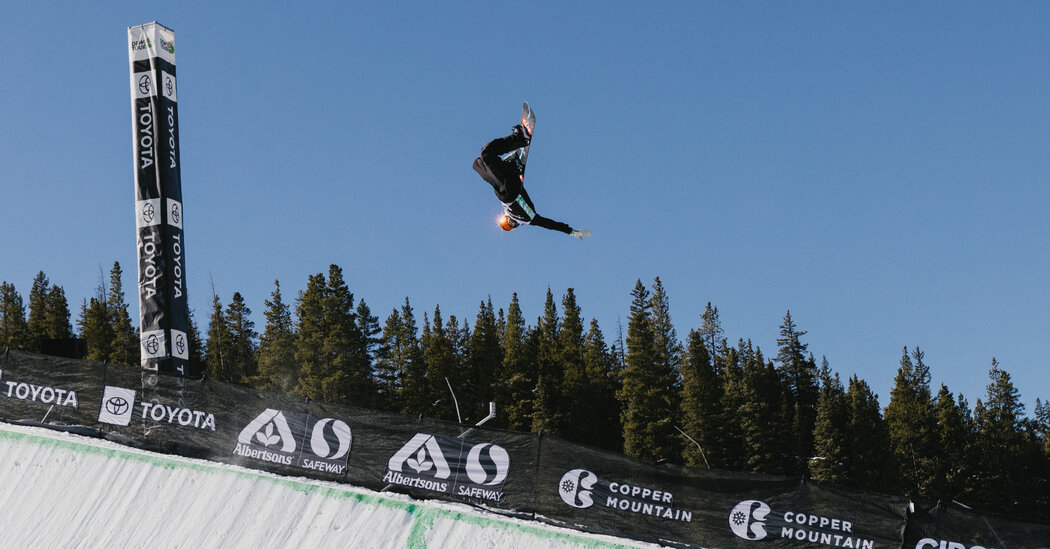 The December Dew Tour stop is always a big one for the best snowboarders and freestyle skiers and for the fans who come to party and watch.

In an Olympic season like this, it is even bigger — a key Olympic qualifying event for many athletes and a strong peek at what to expect come February. If this year’s event in Copper Mountain, Colo., was an indication, the competition in the halfpipe and the slopestyle course at the 2022 Beijing Winter Games is going to be tight, filled with bigger tricks than ever before.

In the halfpipe, the American Chloe Kim, the defending gold medalist who took nearly two years off, won on her last run of the Dew Tour final, announcing that she is still the woman to beat. But the field is closing in. On the men’s side, the Japanese may dominate. Yuto Totsuka won, and Ayumu Hirano landed the first triple cork in competition — a sport-rattling pronouncement that sharpens the stakes.

Much of the winter’s attention is on the snowboarder Shaun White, a three-time Olympic gold medalist. He is now 35 and trying to make his fifth (and last, he said) Olympics, but did not make the podium at the Dew Tour.

American men stamped their place in both the freestyle skiing events. In the halfpipe, they took four of the top five places, led by Alex Ferreira. In slopestyle, Colby Stevenson, Alex Hall and Nick Goepper swept the podium. For all of them, just making the deep American team for Beijing is the immediate goal.

The women freestyle skiers were led by 18-year-old Eileen Gu. Born and raised in San Francisco, but competing for her mother’s native China, she stands to be the breakout star in Beijing.

Gu won in the halfpipe and finished second in slopestyle behind Tess Ledeux of France.

Back in snowboarding’s version of slopestyle, where athletes navigate a series of rails and several massive jumps, the defending Olympic champion Red Gerard of the United States took first place. But competition in Beijing promises to be fierce. American Chris Corning was second, and Mark McMorris, the decorated veteran from Canada, was third.

The women’s competition may be even more wide open in Beijing. The top four places were won by athletes from four different countries, all ahead of Jamie Anderson, the American and two-time defending Olympic gold medalist, who was seventh.