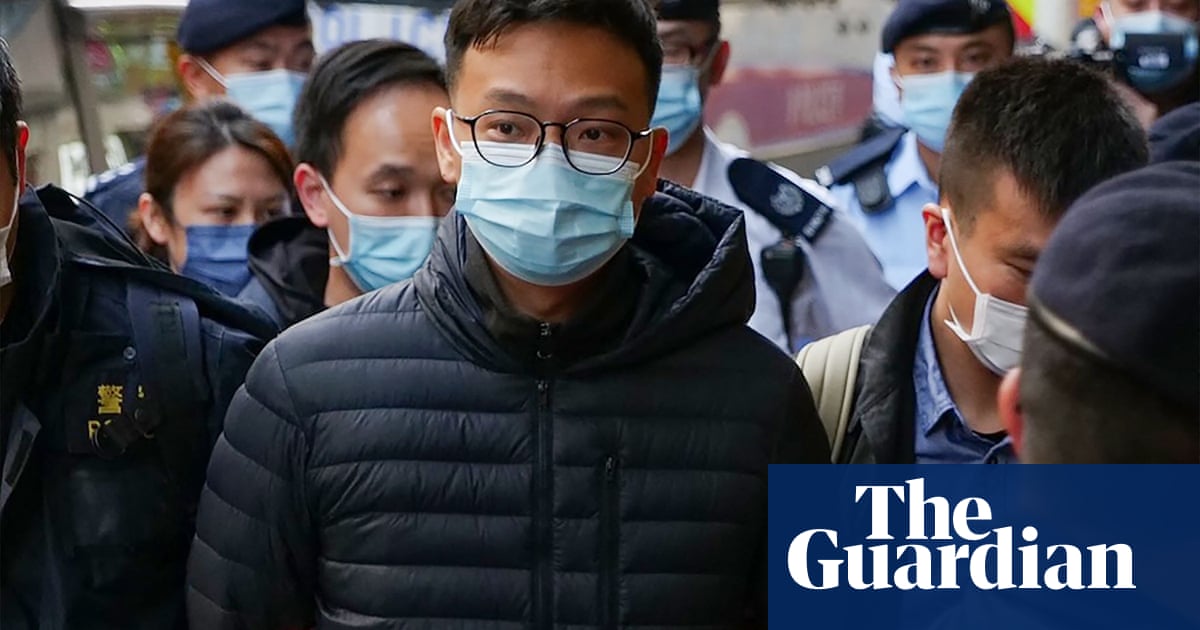 The US has called on Chinese and Hong Kong authorities to release the seven people linked to the now-shuttered independent news outlet Stand News who were arrested on sedition charges during a police crackdown on Wednesday.

Secretary of state Antony Blinken said in a statement: “We call on PRC [People’s Republic of China] and Hong Kong authorities to cease targeting Hong Kong’s free and independent media and to immediately release those journalists and media executives who have been unjustly detained and charged.

“A confident government that is unafraid of the truth embraces a free press.”

Blinken said “journalism is not sedition”, and that “by silencing independent media, PRC and local authorities undermine Hong Kong’s credibility and viability”.

The seven arrested include prominent activist pop star Denise Ho and barrister Margaret Ng, as well as former editors-in-chief Patrick Lam and Chung Pui-kuen. They were detained for “conspiracy to publish seditious publications”, a crime punishable by up to two years in jail under a colonial-era law.

Lam and Chung were charged on Thursday. Lam was not present in West Kowloon court because he was in hospital. Both were denied bail. The others remain in custody more than 24 hours after they were first arrested. The police also said they would prosecute the company for sedition.

Stand News shut down on Wednesday, less than 10 hours after a morning raid in which more than 200 police officers searched its newsroom and arrested six former and current senior staff.

The national security department confiscated boxes of evidence and froze HK$61m ($7.8m) of its assets. A seventh person, contributor Chan Pui-man, who was also Apple Daily’s associate editor, was arrested later on Wednesday.

Stand had been the most prominent remaining pro-democracy media outlet in the city, after its largest pro-democracy newspaper, Apple Daily, was forced to close in June after a similar crackdown.

All members of staff have been dismissed, the outlet said in a statement announcing its closure. The news site and all social media channels were erased late Wednesday evening.

The crackdown on the outlet has been widely condemned as the latest in a series of attacks on the city’s once-celebrated press freedoms.

Hong Kong’s Foreign Correspondents’ Club said in a statement: “These actions are a further blow to press freedom in Hong Kong and will continue to chill the media environment in the city following a difficult year for the city’s news outlets.

Peter Stano, the lead EU spokesperson for external affairs, tweeted: “The raid against @StandNewsHK & the arrest of 7 people mark a further deterioration in #PressFreedom in [Hong Kong].”

The UN Human Rights Office in Geneva expressed concern at the “extremely rapid closing of the civic space and outlets for Hong Kong’s civil society to speak and express themselves freely”.

Canada’s foreign affairs minister, Mélanie Joly, expressed “deep concern” over the arrest of Ho, who is a Canadian citizen.

“Canada will always stand up to support democracy and freedom of the press. We are deeply concerned by the arrests in Hong Kong of current and former board and staff members from Stand News, including Canadian citizen and activist Denise Ho,” she wrote on Thursday.

Taiwan’s president, Tsai Ing-wen, also condemned the raid. “We in #Taiwan regret to see their detention & call on the international community to stand up for freedom & democracy in HK,” she tweeted.

Hong Kong leader Carrie Lam rejected calls for the seven to be released on Thursday, saying the arrests were law enforcement actions and not aimed at the media industry.

“These actions have nothing to do with so-called suppression of press freedom,” Lam told reporters.

“Journalism is not seditious … but seditious activities could not be condoned under the guise of news reporting.”

A not-for-profit outlet, Stand News was founded in 2014 in the wake of the city’s pro-democracy umbrella movement. It was known internationally for its live streams during the months of pro-democracy protests that rocked the city in 2019.