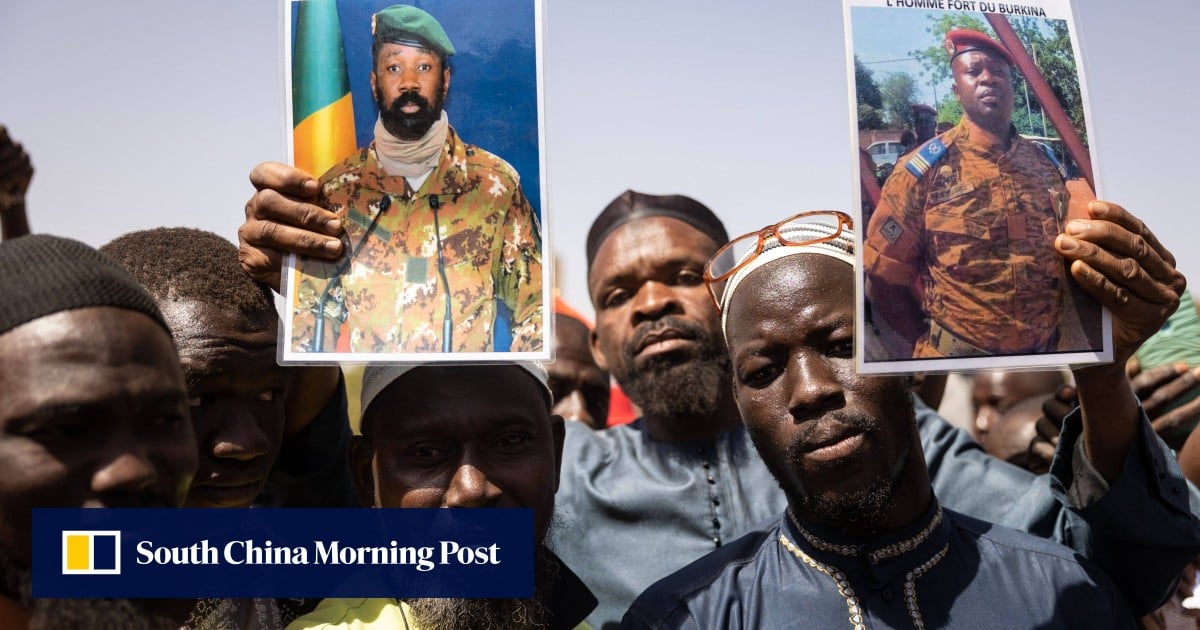 Shinn said China had been critical of the military takeover in Guinea but quiet on Mali, and Beijing’s opposition to the UN Security Council action against coup leaders raised questions about its policy.

He noted that Moscow, which also blocked the move, had sent mercenaries from the Russian private company Wagner Group to support Mali’s military.

“Military coups in Guinea, Mali and Burkina Faso complicate both China’s economic interests and foreign policy in the region, especially when Beijing’s policy is contrary to the prevailing African view,” Shinn said.

Beijing has been looking to expand its multibillion-dollar Belt and Road Initiative in West Africa. But trade with Mali has been limited because of the instability there, while Beijing’s diplomatic relationship with Burkina Faso is relatively new – it only made the switch from Taipei in 2018. Still, observers say West Africa remains central to China’s trade and investment ambitions on the continent.

However, Richard Gowan, UN director for the International Crisis Group, said Beijing had annoyed African members of the Security Council by failing to back their positions on the coups in Sudan and Mali in recent years.

“Historically, China always liked to position itself as Africa’s friend in the Security Council,” he said. “But it has drifted away from its African allies on the subject of coups.”

He said there were several reasons Beijing refused to back strong UN responses to coups, including its general principle of not interfering in the political affairs of other countries. Beijing also did not want to encourage street protests and civil disobedience abroad, given its concerns over Hong Kong and Tibet, Gowan said.

A third factor was China’s close relationship with Russia at the UN. “Russia has backed the coup-plotters in Sudan and Mali even more strongly than China. Beijing and Moscow tend to coordinate their positions over these crises,” Gowan said.

And while Russia saw opportunities to gain influence in cases like Mali, the French were concerned about its rising influence in francophone Africa. “This Franco-Russian competition at the UN is making it harder for the Security Council to respond firmly to crises in Africa,” he said.

“It is a big change from just a few years ago, when African issues were generally uncontentious among the P5 [five permanent members of the Security Council].”

China also has big investments in other countries affected by civil conflict, including Mozambique, where it has interests in the gas industry; Chad, where China’s largest oil producer China National Petroleum Corporation has an operation; and Niger, where it has growing trade ties in areas such as uranium exploration and mining.

For decades, Sudan was a key source of China’s petroleum, but most of its oilfields were lost in 2011 when South ­Sudan became independent after decades of civil war.

In Guinea, the military seized power in a coup that overthrew Alpha Conde, who had been president for over a decade, in September. Beijing is a player in the Guinean economy, buying most of its bauxite, and its companies also have a stake in the country’s iron ore reserves.

Its investments include the world’s largest iron ore project, the Simandou mine, which even before the recent coup had been stalled for years over disagreements about who should develop it, in addition to corruption, political worries and a lack of funding.

Yun Sun, director of the China programme at the Stimson Centre in Washington, said the Ecowas sanctions on Mali were controversial because they targeted the whole country rather than the junta. She said Beijing would see the sanctions as a move that could make the situation worse rather than helping to resolve the problem. “China was not supportive of the Ecowas sanctions earlier on,” Sun noted.

While China shared many material interests and foreign policy views with African nations, it was a mistake to think they always worked hand in glove, according to Luke Patey, a senior researcher at the Danish Institute for International Studies.

“There is a diverse number of African positions on questions of intervention,” he said. “But in West Africa, we’re witnessing how Beijing’s stance fits poorly with the main regional body position.”