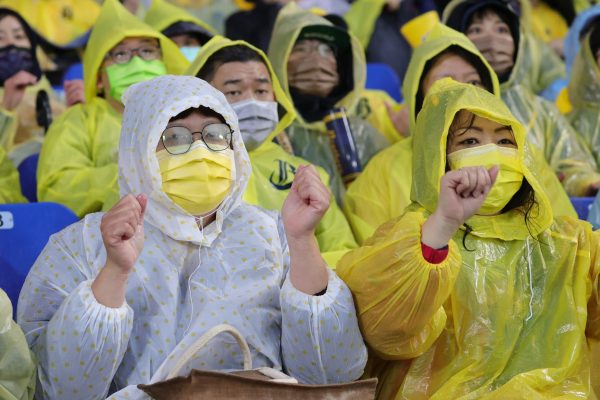 Taiwan has managed to remain free of COVID-19 for most of the pandemic to date. The country has experienced only one major outbreak of COVID-19, which began in May 2021, peaked at over 500 cases a day in June 2021, and resulted in over 800 deaths.

The outbreak of summer 2021 began after a year in which Taiwan was mostly COVID-free, some scares notwithstanding, due to quick action by authorities to close borders with China. A 14-day quarantine was mandated for new arrivals and a QR code system was set up, with individuals required to scan a QR code at stores, restaurants, and other establishments to assist in contact tracing.

The outbreak was contained by later that summer. August 25, 2021 saw the first day with zero reported COVID-19 cases.

The Taiwanese government’s approach to fighting COVID-19 was a zero-COVID approach that emphasized testing, tracking, and isolating. The Tsai administration’s handling of the pandemic allowed Taiwan to avoid any lockdowns, even during the peak of COVID-19 cases, with only “soft lockdown” measures and individuals still allowed to go outside freely, so long as they wore medical masks.


The containment of COVID-19 in 2021 was less dependent on vaccines, seeing as Taiwan initially struggled with vaccine shortages before donations from allies such as the United States and Japan. Taiwan also saw low rates of vaccination, due to domestic fears about the safety of COVID-19 vaccines, as well as because members of the public did not see vaccination as necessary, in light of Taiwan’s success in mostly avoiding COVID-19.

However, the Tsai administration currently faces the challenge of how to gradually loosen restrictions so as to reintegrate Taiwan into the world economy at a time in which other nations are opening up. China and Hong Kong are currently seeing outbreaks that gesture toward possible negative outcomes for Taiwan if it attempts to maintain its zero-COVID approach indefinitely.

Apart from lockdowns in Shanghai and other major Chinese metropolitan centers, this has been dramatically observed in Hong Kong, which has seen thousands, even tens of thousands, of daily cases and the world’s highest death rate by proportion of the population from COVID-19. This has been noted in Taiwan, given the large number of Taiwanese among those affected by the lockdown in Shanghai, and in light of Taiwan’s strong historic links with Hong Kong.

Now Taiwan is seeing its own case counts climb. For the four days of the Tomb Sweeping Festival – an occasion for families to travel and clean ancestral tombs – Taiwan has reported more than 100 COVID-19 cases a day. On April 5, 216 cases were reported. This was a dramatic uptick from a week prior on March 29, when 33 cases were reported, and even that was the highest number of cases since June 2021.

There was a brief scare in January when COVID-19 clusters developed among migrant workers working at electronics companies in the Farglory Free Trade Zone. However, this peaked at 82 domestic cases reported on January 22. The present cases clearly far surpass the January clusters in scope.

Many cases have unknown sources of infection. It is thought that this could be due to the high number of imported cases at present, or this could be a result of the shortened quarantine period for new arrivals in Taiwan. New arrivals now spend 10 days in quarantine, (down from 14 days ) with negative tests required for release from quarantine followed by a self-health management period.

Although the Tsai administration has publicly maintained that it still adheres to a zero-COVID approach, it did not discourage the public from traveling over the Tomb Sweeping Festival, even as the emergence of cases in the run-up to the holiday raised the odds for a major outbreak. The Central Epidemic Command Center (CECC) , which coordinates Taiwan’s COVID-19 response, called for the public to be cautious and to maintain mask-wearing, QR contact tracing, and frequent handwashing, but otherwise stated that the public could go about their planned activities. Notably, the CECC did not seek to reduce traffic on highways and railways, as it did in the past during holidays.

The CECC also stated that it expects cases to increase and that it will be 10 days out from the Tomb Sweeping Festival before it is clear whether there will be an explosion of cases afterward.

In its messaging, the CECC has stressed that of the 1,709 domestic COVID-19 cases reported from January 1 to April 3, only four had medium-to-heavy symptoms, with most cases instead reporting light symptoms or being asymptomatic.

The CECC originally stated that it would only hold its daily press briefings on the COVID-19 situation if there were more than 100 cases a day over the Tomb Sweeping Festival, but this proved to be the case for all days of the holiday.

Some measures have been taken in anticipation of an uptick in cases, such as the reactivation of specialized wards in hospitals used for COVID-19 cases, with 67 percent of beds in such wards currently empty. With a high number of cases in the northern port city of Keelung, 130,570 tests will be distributed among Keelung’s 360,000 residents, with some talk of “quasi-universal testing” for Keelung residents.

It is now required that customers and workers at entertainment establishments such as bars with hostess services, nightclubs, and karaoke parlors have booster shots, when only two vaccination doses were previously required. This is particularly a matter of concern given that the May 2021 outbreak began among “tea parlors” in the working-class district of Wanhua in Taipei, where sexual services may have been offered.

Over the Tomb Sweeping Weekend, the Taiwan Music Festival, an indie rock music festival with 30,000 participants in the seaside town of Kenting, was abruptly called off partway through the festival after an attendee was found to be infected with COVID-19. The National Pingtung University moved to online classes due to 120 students attending the music festival, though most schools have not shifted to online teaching.

Mass religious gatherings have continued to take place, though they are required to submit COVID-19 response plans ahead of time to the government if religious ceremonies will involve more than 500 participants. Some events have switched to livestreaming or hybrid formats, regardless.

Government officials such as Premier Su Tseng-chang have stressed that overall Taiwan is still moving in the direction of reopening. Minister of Health and Welfare Chen Shih-chung had previously stated that he did not hope to be too late in terms of reconnecting with the world. The Tsai administration has touted a “new Taiwan model” of reestablishing links with the international world and loosening COVID-19 measures. (One should also note, however that Taiwan’s economy has benefited from its pandemic response by avoiding the shocks associated with COVID-19 experienced by other parts of the world.)

The future direction of COVID-19 policy will soon become a matter of political contention. Pan-blue mayors such as New Taipei mayor Hou You-yi and Taipei mayor Ko Wen-je have called on the Tsai administration to make clear whether it intends to continue to adhere to a zero-COVID approach or switch to “co-existing” with COVID-19. This could prove a significant development, in that pan-Blue politicians themselves have expressed openness to transitioning to co-existing with COVID-19, though there have been criticisms of the “new Taiwan model” as empty talk from the Tsai administration.

The new signaling from Hou and Ko, then, may be confirmation that the Taiwanese public is increasingly willing to contemplate the possibility of co-existence with COVID-19. Likewise, media reporting on the uptick in cases is notably muted compared to past outbreaks. It is possible that the central government may continue to publicly claim that it is still pursuing zero-COVID in order to mitigate the spread of COVID-19 as long as possible. But rather than the public rhetoric, it will be important to watch whether the Tsai administration’s policy moves are in the direction of management of the coronavirus.

One potential stumbling block for a reopening is that vaccination rates in Taiwan have stalled for months, with first-dose vaccination remaining just slightly over 80 percent, though over 50 percent of the population now have booster shots. It is thought that Taiwan’s challenges with vaccination return to the fact that the elderly are hesitant to be vaccinated, fearing potential side effects. The elderly also have been protected by high rates of vaccination among young people, with 99.9 percent of those between 18 and 29 having received at least one dose of vaccine as of February.

As of March, only 75.5 percent of those above 75 had received a first dose of vaccine, 69.9 percent a second dose, and only 50.1 percent had received a booster shot. As with other places in the world, most notably Hong Kong, Taiwan’s potential transition away from a zero-COVID approach could wreak havoc among the unvaccinated elderly and the immunocompromised, though this remains to be seen.