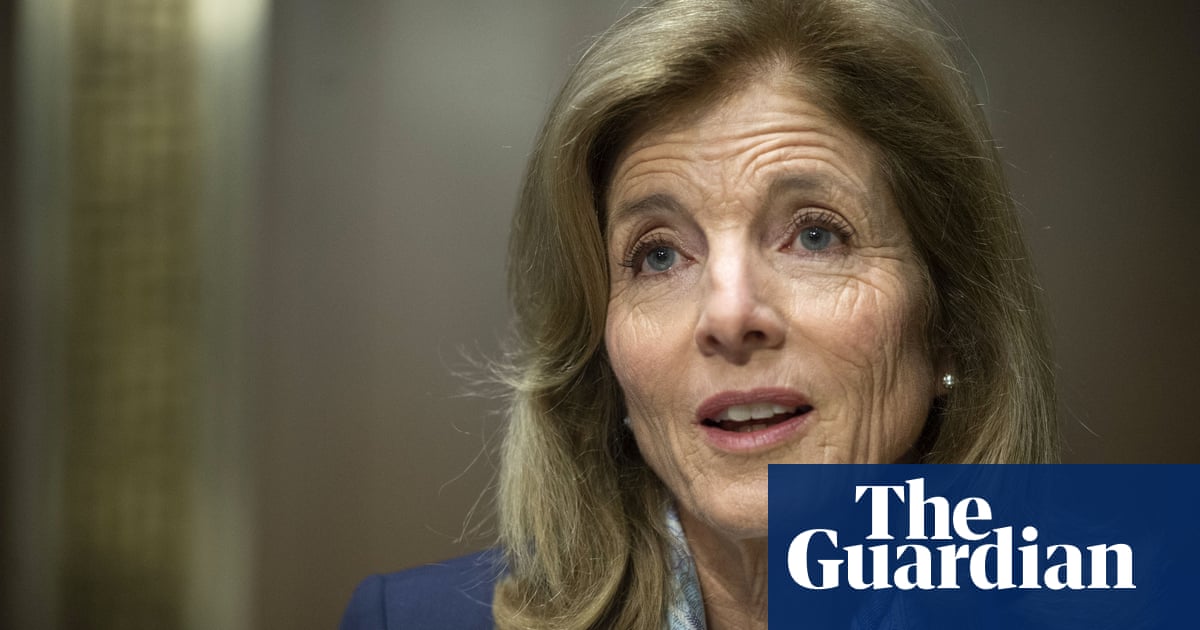 Caroline Kennedy, the nominee for US ambassador to Australia, has said the Aukus security deal will provide “a lot of deterrence” in the Indo-Pacific even before the nuclear-powered submarines are ready.

With Australia set to enter a federal election campaign within days, Kennedy praised the country for standing firm with “a bipartisan foreign policy” in the face of “Chinese economic coercion”.

But she also said the prospect of a security agreement between China and Solomon Islands showed the US needed to be “more visible” in the Pacific. Kennedy said the US move to reopen its embassy in Solomon Islands “can’t come soon enough”.

Kennedy, a former ambassador to Japan and the daughter of John F Kennedy, described the US relationship with Australia as vital when she addressed the US Senate committee on foreign relations early on Friday Australia time.

The hearing is a crucial step before US senators vote on whether to confirm her as ambassador.

Kennedy mentioned Beijing’s trade actions against a range of Australian export sectors – including coal, barley and wine – that the Australian government viewed as an attempt to pressure it to change its policies on China.

“Australia most recently has been challenged by Chinese economic coercion and I think that the United States can learn a lot from their response,” Kennedy told the confirmation hearing.

“They’ve stood firm and I think they’ve managed to come together with a bipartisan foreign policy and I think a greater and deeper partnership with us in the security and diplomatic areas as well as across the board.”

Kennedy was careful not to wade into Australian domestic politics.

But her acknowledgment of bipartisan foreign policy is notable, given that the prime minister, Scott Morrison, has previously attempted to claim the Labor opposition would be weak on China.

The Republican former presidential candidate Mitt Romney told the confirmation hearing the US had been “very impressed by the backbone that’s been shown by the people of Australia”.

Some critics have questioned the significance of last September’s Aukus agreement, given that the first of Australia’s new nuclear-propelled submarines are not expected to be operating until the late 2030s.

But Kennedy said the “ambitious 21st century partnership” of Australia, the US and the UK was much broader than submarines.

Other areas of security cooperation under the Aukus banner included artificial intelligence, quantum and cyber, she said. This week the three countries added discussions on hypersonic weapons to the list.

“I think that there is a lot of deterrence that it will deliver well before the submarines are in operation,” Kennedy said.

She also described the Quad – an increasingly active diplomatic grouping of Australia, the US, Japan and India – as “a very powerful alliance and combination”.

China, which is rapidly modernising its own military force, has criticised both Aukus and the Quad. Beijing argues the US is trying to form “an exclusive clique” while “stoking opposition and confrontation”.

Kennedy said the Indo-Pacific had became “increasingly tense” since her time as US ambassador to Japan from 2013 to 2017, and the liberal international order was being “undermined”.

The climate crisis was also raised at the hearing, amid efforts by the Biden administration to encourage Australia to take more ambitious medium-term action.

Robert Menendez, the committee chairman, said Australia was “a microcosm of the global climate crisis”.

He noted the impact of recent flooding disasters in Queensland and New South Wales, the Black Summer bushfires, and threats to the Great Barrier Reef.

“This is an incredibly important relationship,” Menendez said.

“But there are great lessons for the United States to learn how to prepare for such extreme climate disasters and how to get Australia to think about the climate responsibilities they have as well, in their own interests as well as the global interest.”

Kennedy said: “Certainly Australia has learned a lot about these kinds of disasters and we also have been impacted by fires and floods and storms here in the United States.

“So the more that we can learn … how to combat and also move toward a clean energy transition and reduce the impacts of climate change, the faster we can do that [the better]. If confirmed, I would be eager to work on that.”

The US has been pressing Australia to strengthen its 2030 emission reduction target, but the Coalition has kept it at the Tony Abbott-era level of a 26% to 28% cut compared with 2005 levels. Labor pledges to cut emissions by 43% by 2030 if elected.

When Joe Biden announced the nomination of Kennedy four months ago, both major Australian political parties welcomed the choice, seeing it as a senior appointment of a well-connected figure who would have the president’s ear.

Without a US ambassador in place in Canberra, senior diplomat Mike Goldman has been serving as the embassy’s charge d’affaires.