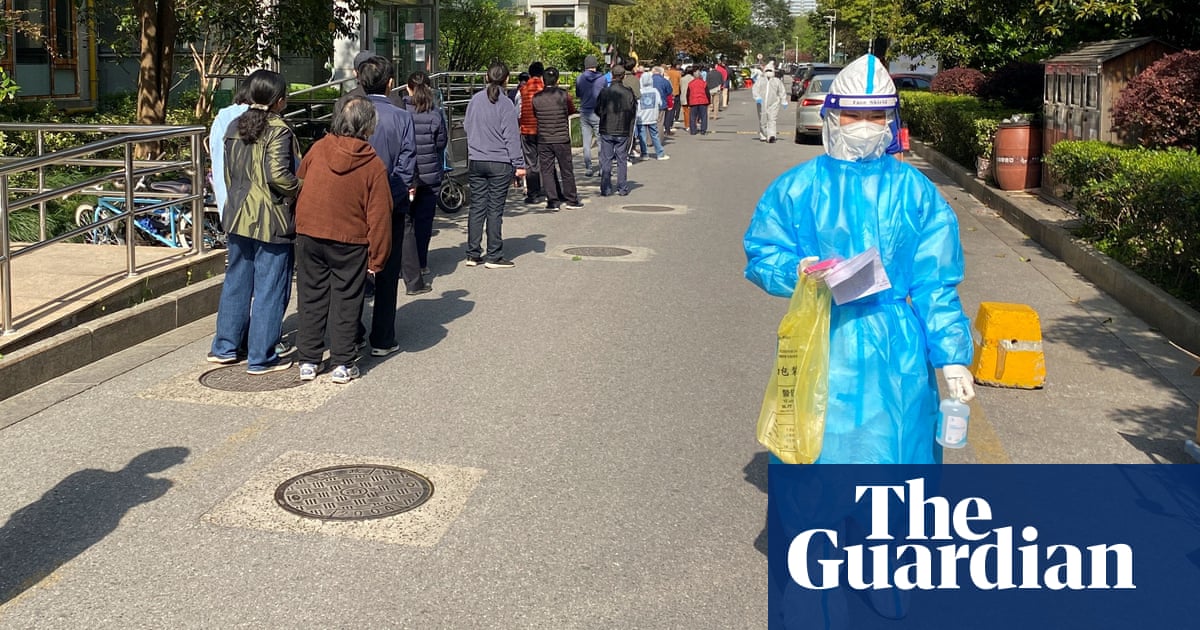 Stories of desperation are emerging in Shanghai as the city enters its third day of strict lockdown, with increasingly widespread reports of residents being unable to access food, medicine and other essentials.

The city’s Covid lockdown was extended indefinitely earlier this week after staggered restrictions failed to contain infections. City officials had promised the staggered lockdown would end on 5 April, leaving many residents of the Chinese megacity unprepared to be indefinitely housebound.

Despite the severe measures, Shanghai’s cases continue to rise as mandatory testing continues. The city reported 20,398 new infections on Friday, 824 of which were symptomatic.

Frustrated cries of help are circulating on Weibo, China’s microblogging platform, where residents complain about a lack of food and haphazard lockdown measures.

“No matter where you live, whether you have money or not, you have to worry about what else you can eat and how you can buy things,” one comment read on Thursday.

“Do you want to starve the people of Baoshan to death?” a resident from the suburban district wrote, complaining about a lack of food.

There were also signs that medical volunteers who have been brought into the city to help with the pandemic effort are themselves struggling to access food.

“Are the supplies just for Shanghai locals? … As an outsider, I can be a volunteer, but why are the goods and supplies not assigned to us?” a female medical volunteer cries in a video on Douyin, China’s TikTok-like platform.

One video posted to social media, but not verified, shows a man screaming on the phone to the authorities, saying he is starving to death.

Drones flew across the sky of the city earlier this week, video on China’s social media showed, warning people protesting on their balconies to stay indoors.

The growing cries for help are also prompting concern elsewhere in the country. “Every day when I wake up and check Weibo, it is either a post crying out for help or an abusive post about not being able to grab food. No one would have thought that in 2022 there will be a large-scale food shortage in Shanghai,” a Weibo user from Ningbo, south of the city in Zhejiang province, wrote on Thursday.

Rights observers have also expressed increasing concern. ​“The use of the word ‘lockdown’ can be quite imprecise when used in China compared with the rest of the world,” said Maya Wang, a senior researcher at Human Rights Watch, adding that it did not fully capture the severity of the situation.

Residents of means have turned to groups to bulk-buy supplies, but access to these avenues is outside the reach of the most vulnerable. “If you are poor or have disabilities or you are old, often you can be shut out of these resources or don’t know about these resources. The consequences can be quite dire,” Wang said, commenting on reports that some elderly people have died during the lockdown after not being able to access vital medication.

The strict lockdown on the cosmopolitan city of 26 million is shaping up to be the largest challenge to China’s strict “dynamic zero” Covid policy. Analysts say any easing of restrictions will be unlikely ahead of a meeting of the 20th national party congress in November, where China’s leader, Xi Jinping, is expected to seek another five-year-term.