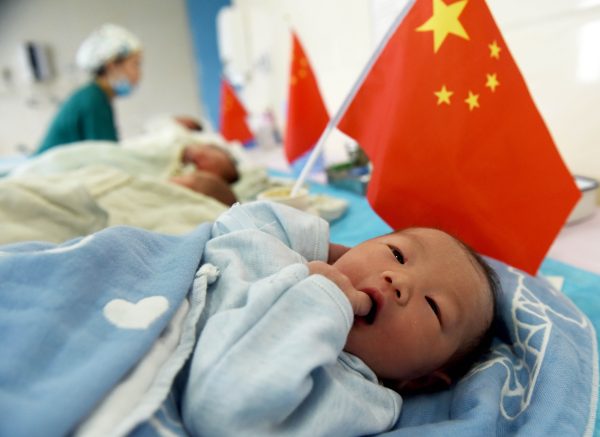 During its annual work report in March 2022, the Chinese government made commitments to combat workplace discrimination based on gender and advocated for equal opportunities for all. However, it took approximately one month for two Chinese government-controlled media outlets to contradict the words written in the government report.

On April 12, the Central Committee of the Chinese Communist Youth League published a controversial post on its social media account. The Communist Party youth wing accused some female social media users of being “radical feminists” for challenging its propaganda picture selections of several historical moments.

Critics had pointed out that the Youth League neglected to show women in its selection of pictures documenting historical moments such as the Red Army’s Long March, the Korean War, and the Wenchuan Earthquake Rescue Mission in 2008. The Chinese Communist Youth League claimed that those critics were using the cause of gender equality in bad faith, accusing them of attempting to profit by attracting attention on the internet. The Communist Party youth wing concluded its aggressive messages by calling on all internet users to swiftly boycott those “radical feminists” – which the league equated to a “tumor” – to make the Chinese cyberspace “clean.”

This bizarre post continued a concerning trend in China that oppresses and censors voices and opinions that promote gender equality. The accusations made by the Chinese Communist Youth League received backlash from the public, however. Having received more than 270,000 comments on the controversial post, the organization censored the comments on its social media channel.


The problematic social media post also contradicted previous Chinese Communist Party propaganda materials that did celebrate the role of women in those historical events. In 2016, People’s Liberation Army Daily, the media outlet directed by the Chinese military, celebrated more than 2,000 women soldiers who served in the Red Army. In 2009, China’s state news agency, Xinhua, applauded women for taking critical roles in the Chinese central government. In 2000, China produced a movie to commemorate the female soldiers who died in the Korean War. At other critical moments in modern-day China, including the 1998 flood relief effort and the 2008 earthquake rescue mission, female soldiers were promoted and featured in multiple government media outlets.

Compared to propaganda materials in past years, the social media post from the Chinese Communist Youth League is clearly not up to the standard. Yet when confronted by critics who called out its erasure of women’s roles, the Chinese Communist Party youth wing decided to blame internet users for being “radical” rather than listen to their feedback.

Other government media outlets failed to learn from this communications blunder. Chinese People’s Political Consultative Conference Daily (CPPCC Daily), the media outlet directed by the Chinese official political advisory body, published an even more controversial article just one week after the Chinese Communist Youth League public relations disaster. In a news article that discussed combating the low birth rate in China, the CPPCC Daily quoted Li Huacheng, a local legislator from Hubei province, on the possibility of encouraging people to give birth to more children through media censorship and criminalizing abortion services.

In an interview, Li argued that young people today are influenced by bad opinions from Western countries that promote independence and individual liberty. Li believes that those values do not align with Chinese traditional values, which encourage men and women to get married and have many children. Li further suggested that media outlets should reduce or eliminate coverage that promotes individual liberty or empowers women and instead focus on encouraging young people to raise children and happy families. Li also believes that university students should attend lectures on marriage to “correct” their opinions on marriage and raising children.

While Li advocated for policies such as offering housing subsidies and financial aid to encourage young couples to give birth to more children, most of his focus was on punishments, rather than incentives. He suggested that the police should interfere and penalize parents who oppose their children getting married. In addition, Li emphasized that the government needs to thoroughly examine abortion services to ensure more healthy children can be born. Those who offer abortion services to non-qualified cases should face severe punishments, he said.

Those opinions from Li, endorsed by a Chinese state media outlet, completely neglected the fundamental rights of women to choose their lifestyle. His comments looked even more baffling after internet users discovered an academic article that Li published in 2007. Advocating for a re-examination of the marriage system in China, Li argued back then that the Chinese legal system should offer the LGBTQ community an appropriate environment to survive in the country. Fifteen years after publishing a progressive article, Li ended up on the direct opposite end of the political spectrum and now advocates for criminalizing abortion services and censoring feminist ideas.

Meanwhile, the Chinese government has shown little interest in addressing the day-to-day issues the plague women. In addition to facing discrimination in the workplace, women in China face threats to their personal safety. While Chinese Premier Li Keqiang committed to combating human trafficking in China at a press conference earlier in March, the Chinese government has not sufficiently addressed the high-profile crime concerning the “chained woman” found in a rural area of Xuzhou. Instead, the authorities are detaining activists who continue to investigate systemic issues of human trafficking. Discussions on the chained woman, human trafficking, and the lack of gender equality continue to face censorship in China’s cyberspace.

Despite failing to address those fundamental issues, the Chinese authorities continue to have unrealistic hopes of increasing the birth rate. That will be a difficult task without significant improvements in gender equality, job security, and affordable childcare and education services in China.

In a bid maintaining its population, China stepped onto a concerning path that dehumanizes and oppresses women with the goal of increasing its declining birth rate. With a strong unwillingness to offer significant financial assistance to families and promote a friendly environment for women and children, the Chinese authorities instead are turning to a desperate strategy that attempts to address a long-term and complicated problem by discriminating against a large group of its population.

After once using the propaganda slogan that “women hold up half the sky,” the Chinese government now has a vastly different attitude. By continuing to neglect more than 48 percent of its population, China is showing flaws in its strategy to support families and the prosperity of the country’s future.