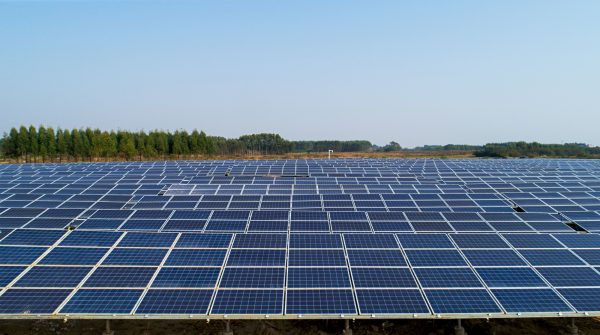 Energy investments across the globe are gradually shifting toward renewables as part of commitments to curb global warming. In this trend, China is seen as both a climate hero and a climate villain – the country is simultaneously by far the largest investor in both renewables and coal power. As China is increasing its role in the world, energy investments have an increasing impact outside its borders. However, the proportions of fossil fuels and renewables differ from domestic to overseas. While China invests in both renewables and fossil power generation domestically, a clear majority is clean. Yet, fossil fuel power generation makes up the majority of overseas investments.

According to the latest research, an often overlooked reason for that is found in the nature of the Chinese financial system, suggesting that we need Chinese government intervention to align energy investment with the Paris Agreement.

Renewable energy projects already have difficult financing terms given their higher costs to build. By contrast, a coal-fired power plant, for example, is cheaper to build but expensive to run as the plant needs a continuous supply of coal. In addition, a barrier specific to Chinese renewable energy companies is the lack of support from financial institutions. It turns out that an indirect but underlying reason for this problem is that Chinese financial institutions favor state-owned enterprises (SOEs) over private companies.

For historical reasons, Chinese fossil fuel technologies and assets are primarily held by SOEs. On the contrary, renewable energy is in the hands of private companies. For example, the largest Chinese wind companies, Goldwind, Envision, and Mingyang, are all primarily privately owned. Similarly, the largest Chinese solar companies, Jinko, JA Solar, and Trina Solar, are also private. On the other hand, the largest fossil fuel companies are state-owned, such as China Energy Investment, Sinopec, and PowerChina. As the Chinese financial system shows strong favoritism toward SOEs, this translates into easier funding for fossil fuel companies.


This situation means that when, for example, both PowerChina and Goldwind want to be involved in an energy generation project outside China, PowerChina will have better support from Chinese financial institutions. When PowerChina can do projects more cheaply, this translates into doing more projects. Exacerbating this effect is that as China’s national energy strategies begin to favor renewables, the fossil fuel SOEs end up with an excess capacity that makes them search for new projects abroad. These often overlooked circumstances are key factors in the different proportions of renewables and fossil fuels domestically and overseas. Though hidden and indirect, they are critical to address.

The Chinese government created the favoritism in the financial system and has the tools to change it. What needs to be done is, in fact, technically simple. Liberalizing the system by reducing state interference in financial decisions would allow Chinese financial institutions to make market-based decisions. Like their Western counterparts, Chinese financial institutions would see a strong for-profit case for renewables. However, while technically feasible, this change is politically difficult. The Chinese government intends to continue controlling the direction of the economy and reducing fossil fuel financing would make SOEs lay off employees.

Rather than carrying out such a systematic change, the Chinese government also has more targeted tools available. Though Xi Jinping’s pledge to stop building coal plants abroad is a step in the right direction, it is not enough as most of China’s overseas energy projects are in oil and gas. As a practical recommendation, the Chinese policy banks, which make up the majority of overseas energy financing, could be required to stop investing in coal projects, as development banks across the world are increasingly required to. Furthermore, the Chinese commercial banks could be given incentives to invest green, like scaling up recently implemented central banking policies giving the banks higher interest rates on their central bank deposits if they are greener. Lastly, the government could make SOEs themselves invest more in renewables. Some already have high renewable proportions, such as the State Power Investment Corporation at 56 percent, but this remains the minority.

While China is the world’s largest investor in renewable energy, the country’s overseas energy investments are primarily in fossil fuels. This is problematic as countries across the globe need to transition toward low-carbon development trajectories to meet the 1.5-degree warming target of the Paris Agreement. As China is a leader in renewable energy technology, not adequately deploying this expertise outside the country is a lost opportunity, both for China and the world. Not enough attention has been paid to the underlying factor found in the financial system’s preference for SOEs. However, to address the problem, the first step is to acknowledge that it exists.

This piece is based on a longer article by the authors published in Climate Policy.