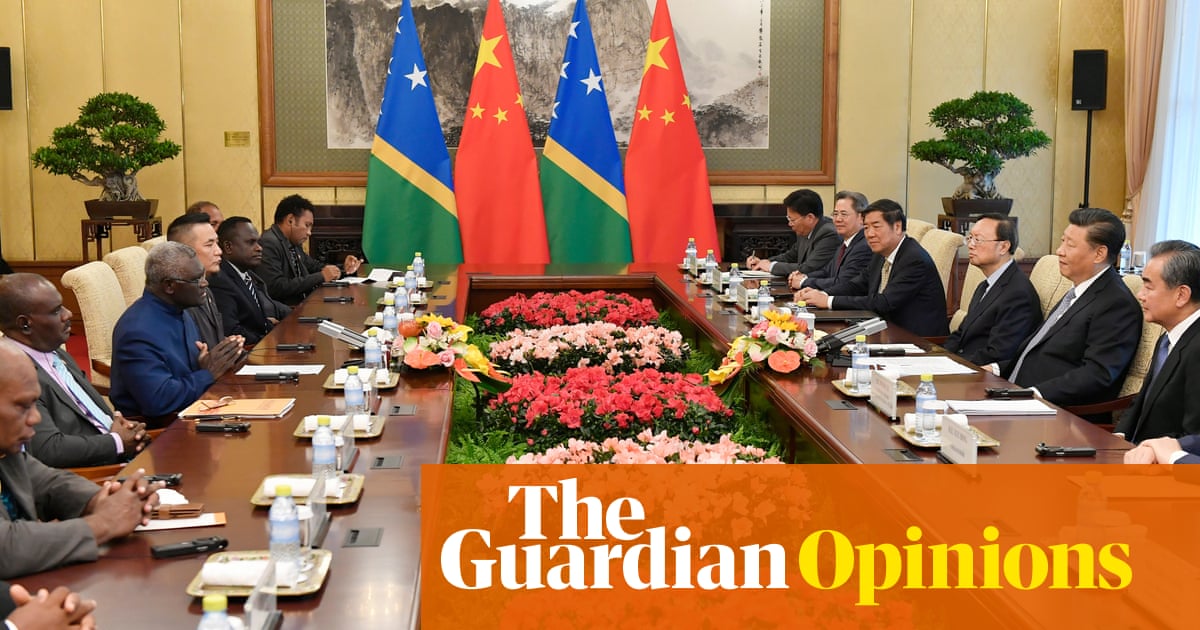 Now that the Solomons-China security agreement is signed, there’s little value in indulging in a retrospective blame game. Instead, we would benefit from a sharpened focus on the security issues ahead and how collectively to address them.

With respect to the Solomons-China security deal there are several key issues that need our attention. First, the secrecy of the deal reflects a pattern, not an unforeseen surprise. Previous “security surprises” include Santo in Vanuatu, Tulagi in Solomon Islands and Kanton in Kiribati.

These deals are a push by China, via the state and Chinese state enterprises, to secure economic, military and diplomatic reach, and by Pacific countries to clinch new and lucrative security-development opportunities.

The reaction from western partners to the Solomon-China security agreement was predictably firm, a touch paternalistic, and contested in Honiara. It was not well-coordinated among concerned regional leaders.

Agreements are within the sovereign rights of independent nations to forge foreign policy and relations. Beijing already has military cooperation agreements with Fiji, Papua New Guinea and Tonga, though the Solomon Islands deal is unique in potentially allowing the deployment of Chinese armed police and military to deal with domestic unrest and provided police support to Vanuatu and Solomon Islands.

These recent “security surprises” reflect a communication rift between Canberra/Wellington and their Pacific counterparts who choose to fill security gaps or diversify options without dialogue.

This leads to the second concern, referred to by Solomon Islands’ prime minister, Manasseh Sogavare, as “critical security gaps”. Last November, Honiara riots led to loss of life, the burning of Chinatown and the destruction of property.

Australia, New Zealand, Fiji and PNG again provided security assistance to help quell the tensions. But no government wants to call for external help to manage domestic troubles. Police capacity and non-violent crowd control need boosting. With a possible election next year and the Solomon Islands set to host the 2023 Pacific Games (in a $74m Chinese-funded stadium), more security issues will arise. We should start planning collectively now with Honiara in the lead.

If a “critical security gap” emerges again and threatens Chinese funded assets, we could end up with the first deployment under the new agreement. It may not be stabilising. Locally, groups calling to end the agreement include the parliamentary opposition, national NGOs and, of course, Malaitan leaders opposed to the perceived undue influence of China in local affairs. At Honiara’s request, the agreement allows China to send armed police and military personnel to help maintain public order and protect property .

This brings us to a third security concern: arms could be seen as the answer to future security challenges. This would be a mistake. One key element of the $2.6bn regional assistance mission to Solomon Islands from 2003 to 2017 was the voluntary destruction of weapons, and very limited use of arms by police. There is no gun violence in Solomon Islands; more arms are not needed. The agreement doesn’t include arms, but there are suspicions about Chinese arms shipments. Given past misuse of arms by police and citizens, this is not a path worth re-treading.

In Solomon Islands, Australia remains anxious about a potential Chinese military base, despite Sogavare claiming it is not a prospect. A military base would be locally unpopular with a populace more interested in human development, infrastructure and economic growth.

In Honiara and beyond, Chinese investment is viewed with caution, even disdain, resulting in repeated attacks on Chinatown. The logistics of securing land is also fraught. Honiara has even struggled to secure land for a better hospital site.

There are greater security threats to Solomon Islands in the immediate future.

Persistent drivers of insecurity remain related to uneven development, a lack of political accountability, and inequitable resource development – all issues raised following past unrest. Their roots are in exclusions, not geopolitics. To date there’s been little sustained enthusiasm for much-needed anti-corruption agencies, decentralised power and leadership, or transparency for resource deals. Without action on these issues, instability will persist.

Other drivers of insecurity are on the horizon. The recovery from Covid, cyclones and climate change will create significant security challenges. Pacific countries are now facing a lost decade of development, and will look for aid, trade and financial opportunities. Current caution in taking on more Chinese loans for fear of debt distress may be cast aside, if options are limited.

Over the past few months there has been a lot of megaphone diplomacy and bilateral discussions that have not united the region or created opportunities for regional dialogues. Lasting peace and stability require more than short-term security interventions and agreements.

Key to avoiding more “security surprises” will be meeting basic development needs in and beyond Honiara, building Covid-climate resilience and enhancing democratic accountability.