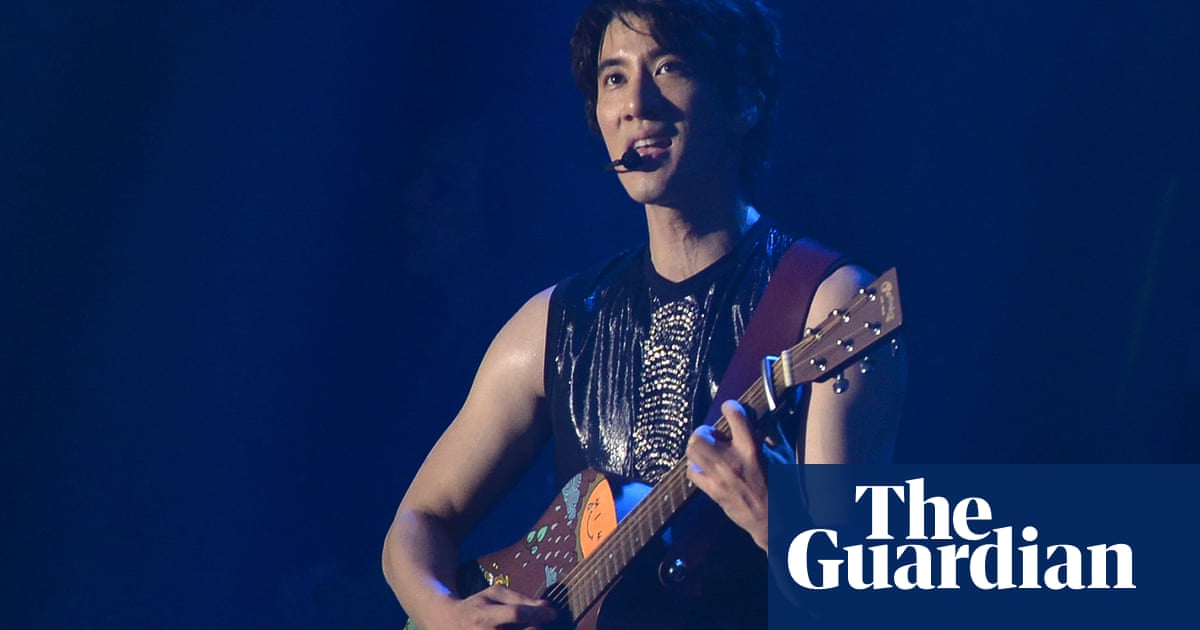 The highly successful Mandarin-speaking singer-songwriter Wang Leehom has issued a public apology to his ex-wife after a high-profile family row that has gripped the Chinese-speaking world.

In a lengthy social media post on Friday, Lee Jinglei accused Wang of emotional abuse, lack of care for his family, infidelity and solicitation of sex workers.

The accusation drew particular attention in part because of Wang’s reputation as a “high-quality idol” – a phrase applied to celebrities whose private conduct is deemed praiseworthy.

Lee further accused Wang of transferring assets under his name, including those that Lee had helped to earn. Lee said Wang had used her as “a chess piece” to protect himself. “I will not bear the cross for you any more,” she wrote.

She also questioned the inequality of roles taken by male breadwinners and women who care for their families full-time, arguing that modern women have the ability to support themselves and should protect their rights and interests in all marriages.

Lee’s post quickly spread online, where it was liked by 12 million people on the Chinese social media platform Weibo. Many internet users expressed intense disappointment with Wang, and over the weekend brands including Japanese carmaker Infiniti and the Hong Kong company Chow Tai Seng Jewellery ended their business relationships with him.

In a social media post published on Monday, Wang promised to take “responsibility as a father, son and public figure”, and to share the burden of raising his three children with Lee.

“Failing to maintain the marriage, bringing distress to the family, and not giving the public a good image of the idol … these are all my fault,” Wang wrote. “I’d like to apologise to my mum and dad, Jinglei and the children. The actual divorce has already been done, and it is no longer meaningful to argue about the past.”

Wang’s apology received more than 6.2m likes and 420,000 comments within eight hours on Weibo. Many of the commenters called on Wang to quit the entertainment business.

“As a fan for 10 years, I hope you retreat from the entertainment circle and reflect on this … I trusted you so much before, and had your song as a ringtone for 10 years … Now I am extremely disappointed,” one commenter wrote.

The overwhelming online response in China also resonated in Taiwan. One Taiwanese online commenter thanked Lee for “defending the dignity of women and mothers” and said that she believed “many people will work hard because of [Lee’s] bravery”. Wang’s supporters defended him, too. “[I] believe in every word you say, and I will support you for ever,” one wrote.

The row took a twist on Sunday when Wang’s father accused Lee of making a wrongful allegation against his son. He alleged Lee had “threatened” Wang into marrying her after becoming pregnant with their first child. Lee responded that she was prepared to sue Wang and his father for defamation and demanded a public apology from Wang.

The very public family scandal came less than a week after a speech by President Xi Jinping on how artists should conduct themselves.

In a rare intervention, Beijing’s Central Commission for Discipline Inspection published an article on Sunday quoting the speech. The article did not mention Wang’s name, but was widely read as a direct criticism against him.

“A literary and art worker who does not have moral integrity will not be accepted by the people or by the times … Those who don’t respect themselves won’t get any respect from others,” Xi was quoted as saying.