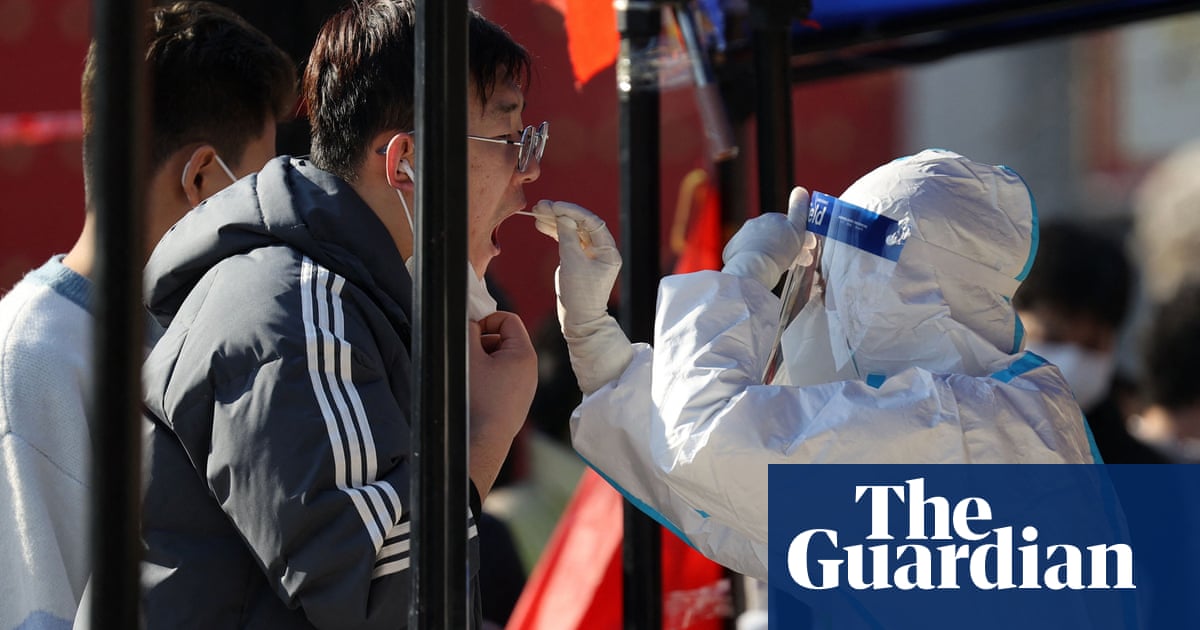 Officials in the north-western Chinese city of Xian are facing punishment for “not doing a good job” after a Covid-19 outbreak led to the lockdown of its 13 million residents.

All domestic flights out of Xian and most trains from the city scheduled for Friday were cancelled. Officials say the outbreak has been traced to the arrival of a plane from Pakistan.

The Central Commission for Discipline Inspection said in a statement that 26 people in Xian were being held accountable for failing in their efforts to prevent and control Covid, but did not specify their punishment.

New locally transmitted cases with confirmed symptoms in the city, which is famous for its terracotta warriors buried with China’s first emperor, fell to 49 for 23 December, down from 63 a day earlier – the first decline since 10 December.

Households in Xian have been limited since Thursday to sending only one person to shop for necessities every two days.Others are not allowed leave unless they have essential jobs. The city has also launched various rounds of mass testing.

The number of symptomatic cases in Xian – 255 between 9 and 23 December – and in China overall is tiny compared with outbreaks elsewhere. Authorities have used heavy-handed measures that have for the most part succeeded in preventing localised outbreaks from spreading.

China is particularly determined to extinguish any outbreak as Beijing prepares to stage the Winter Olympics in February. The country has all but shut its borders to international arrivals, and those coming for the Games will be sequestered inside a strictly enforced “closed-loop”.

China’s aggressive approach to reining in the pandemic has restricted domestic travel and consumer spending, and occasionally disrupted local industrial production. The electric vehicle maker BYD Co said on Friday that the lockdown in Xian was having an impact on its operations in the city.

China overall confirmed 87 new symptomatic cases for 23 December, down from 100 a day earlier, the national health commission said on Friday. Fifty-five were locally transmitted, compared with 71 a day earlier.