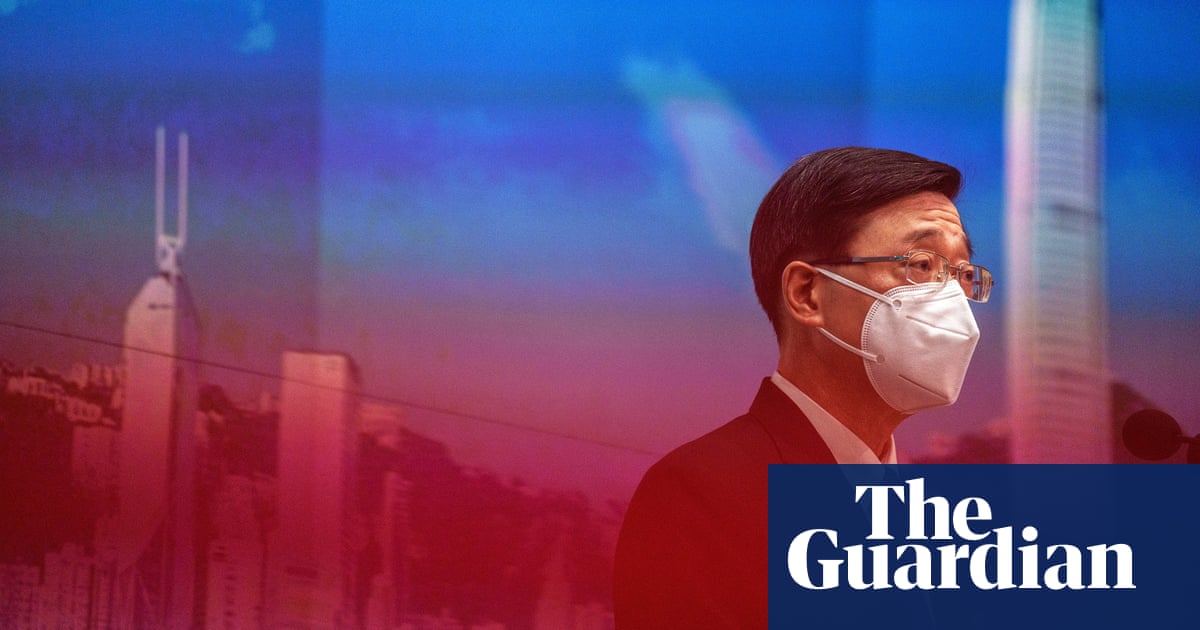 John Lee, a career police officer turned hardline security official, is running unopposed to take over the top job in Hong Kong’s elections next month. As the sole candidate with Beijing’s blessing, he is all but guaranteed to become the next chief executive, according to local media reports.

Lee announced his intention to run after stepping down on Wednesday from his post as chief secretary, the city’s second-highest post, less than a year after he was promoted to the position from top security official. Carrie Lam, who currently holds the position, announced on Monday she would not be seeking a second term.

Observers say Beijing’s apparent choice of Lee, who as the city’s top security official oversaw the government’s strong-handed response to the 2019 pro-democracy protests and the first year of its national security crackdown, is a sign the Chinese leadership is gearing the governance of the city towards a focus on national security above all else – including its economy and a housing crisis.

John Burns, an emeritus professor of politics and public administration at the University of Hong Kong, said: “The central government selecting Lee as chief executive indicates Beijing’s continuing concern for security in Hong Kong … Apparently for Beijing, security continues to be the number one priority.”

A career in discipline

Lee, 64, has spent his entire career in the disciplinary forces, joining the police force as an inspector in 1977, and the government’s Security Bureau in 2012 as undersecretary of security. He rose to lead it in 2017. He holds a master’s in public policy and administration from Charles Sturt University in Australia.

It was during Lee’s tenure as Hong Kong’s secretary of security that the city underwent the drastic changes under the national security law, which critics say has been used to imprison and silence all political opposition and dismantle its civil society. Like Lam, he was among the first Hong Kong and Chinese officials to be hit by US sanctions for his role in the ongoing crackdown on rights and liberties.

Hongkongers have not had a direct say in who serves as their chief executive since the handover in 1997. Instead, the post is selected by a small committee of society stakeholders called the Election Committee.

In March last year, Beijing overhauled the city’s electoral process, expanding the committee to 1,500 members but also tightening the criteria for candidates. New measures included a two-step national security screening process to ensure all members were loyal to the party.

Lee played a key role in implementing the system that critics say guarantees Beijing’s chosen candidate gains the top job. As chief secretary, he led a seven-person panel tasked with vetting all candidates for the election committee and the legislative council to ensure they fulfil the vague criteria of “patriotism”.

Under the new system, Hong Kong’s next chief executive election on 8 May will be picked by an election committee whose members have been vetted by a panel led by Lee.

“I must point out to you that the democratic process of Hong Kong started after China resumed exercising sovereignty. No country has monopoly on the model of democracy,” Lee said in a speech as chief secretary at an online event to discuss Hong Kong issues to the UN human rights council in last month.

Hong Kong’s previous chief executives have had to strike a balance between toeing Beijing’s red lines and ensuring the city’s place as an international financial centre. Lam had described it as a “dual accountability”.

Lee’s background in the force and his penchant for executing orders may mean the balance under his leadership will tilt increasingly towards Beijing.

“I think certainly at the beginning it will incline more to Beijing’s political will,” Choy said.